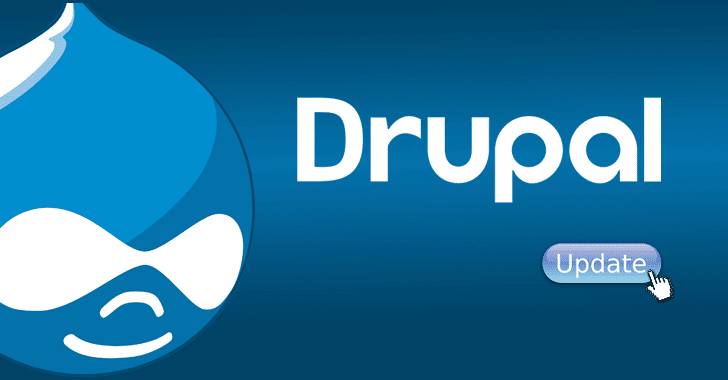 Drupal, the popular open-source content management system, has released security updates to address multiple “moderately critical” vulnerabilities in Drupal Core that could allow remote attackers to compromise the security of hundreds of thousands of websites.

According to the advisories published today by the Drupal developers, all security vulnerabilities Drupal patched this month reside in third-party libraries that are included in Drupal 8.6, Drupal 8.5 or earlier and Drupal 7.

One of the security flaws is a cross-site scripting (XSS) vulnerability that resides in a third-party plugin, called JQuery, the most popular JavaScript library that is being used by millions of websites and also comes pre-integrated in Drupal Core.

Last week, JQuery released its latest version jQuery 3.4.0 to patch the reported vulnerability, which has not yet assigned a CVE number, that affects all prior versions of the library to that date.

“jQuery 3.4.0 includes a fix for some unintended behavior when using jQuery.extend(true, {}, …). If an unsanitized source object contained an enumerable __proto__ property, it could extend the native Object.prototype,” the advisory explains.

“It’s possible that this vulnerability is exploitable with some Drupal modules.”

Considering the popularity of Drupal exploits among hackers, you are highly recommended to install the latest update of the CMS as soon as possible:

Almost two months ago, Drupal maintainers patched a critical RCE vulnerability in Drupal Core without releasing any technical details of the flaw that could have allowed remote attackers to hack its customers’ website.

But despite that, the proof-of-concept (PoC) exploit code for the vulnerability was made publicly available on the Internet just two days after the team rolled out the patched version of its software.

And then, several individuals and groups of hackers started actively exploiting the flaw to install cryptocurrency miners on vulnerable Drupal websites that did not update their CMSes to the latest version.

In those case as well, the attacks started shortly after PoC exploit code for both the vulnerabilities was published on the Internet, which was then followed by large-scale Internet scanning and exploitation attempts.

Long story short—Patch your websites before it gets too late.